Hello, do you ever struggle with the deadlift? Looking for alternatives, trying to improve your deadlift. Per put focus on different areas and need to adjust due to an injury, so you can still get benefits of a great exercise, well we have you covered with 7 variations you can do of the deadlift.

Number 1 – is the Hex Bar deadlift

You will need a hex bar for this and you’re holding it out to the side like a suitcase instead of in front of you.  What this means if you’ll be more upright compared to a conventional deadlift. It will take a bit of pressure off the lower back and generally less emphasis on the posterior chain. It also gets the quads more involved, and a lot of times people find this much more comfortable, than the conventional deadlift.

Number 2 – is the Sumo deadlift.

With this, you’re having a much wider stance with your hands inside the legs. Again, like the hex bar, you’re also more upright and getting more quad involved. Especially it targets the innermost part the vests medals or teardrop, whilst also taking more pressure off the lower back. Depending on if you’re more quad or hamstring dominant in terms of strength, a lot of people find they can lift more with the sumo deadlift than the conventional lift. One reason being you’re not having to move the bar as far.

Number 3 – is the rack pull

Another one that can let you lift heavy or help with building into the deadlift. It’s just like a conventional deadlift except you are starting from a higher position off the floor normally a rack. Hence the name. You’re targeting the end range of the move.  Great to help work with lockouts and the end position with heavy loads. It is also great for using lighter loads for rehab and strengthening of the lower back and posterior chain.

Number 4 – is the Snatch Grip deadlift

Number 5 – is the Romanian deadlift or RDL

This starts to shift the focus away from the quads and more towards the posterior chain.  This is a great exercise for the hamstrings. However, it is harder than the conventional deadlift and will require slightly lighter loads.  The difference with this is the angle of the lower back, still remaining neutral in the spine but much flatter with the hips higher. Hence placing a greater stretch on the hamstrings and getting them working harder.  The hip position is important going straight back but it’s the knee position that causes the movement to be like it is. You basically keep the knee in position and hip hinge around it. Contrary, in a conventional deadlift the knees will migrate forward slightly with this the shin angle stays at around 90, and the knee stays in position.

Number 6 – is the stiff-legged deadlift

This is very similar to the RDL and looks very similar. It places emphasis much more on the posterior chain and will require lighter loads.  The difference with this is the legs will be kept even straighter and the knee will actually travel back slightly. This means you’ll likely get less range, especially if tightness in the hamstrings like I do.

Number 7 – is a good morning

This is another with an increased focus on the posterior chain.  This is basically an RDL with the bar in a different position. The bar is on the traps like a squat position but performing the same movement.  This will put more emphasis on the lower back and erector spinae and is therefore great for strengthening that area up.  This will require even lighter loads compared to the RDL.

All the standard techniques for the conventional deadlift and the mistakes that you want to avoid applying to these 7 and all of that can be found in our previous video so check that out. In the next video we are going through how you can still work on these areas and muscles if you’re struggling to do any of these variations due to niggles or injury and want to work further building up to these. Please subscribe and hit the bell if you want to know when that’s out.  Like the video and share and we will catch you on the next video.

Alternative exercises to the Deadlift

So previously we have talked about deadlifting and what variations you can try. Today we are looking at other... read more

Today we are talking about the deadlift! We are getting into how to perform the deadlift correctly and effectively... read more 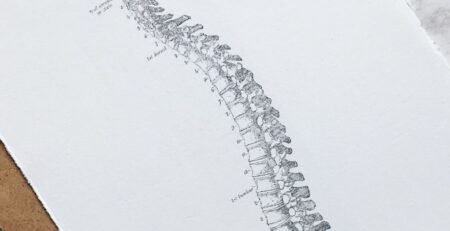 Lower back pain management blueprint Low back pain (LBP) is defined as pain that is localised below the ribs (costal... read more