The peer-reviewed paper Aging published a research paper that investigated the HBOT and its potential improvement to the telomere length (TL) and decrease of immunosenescence.  In other words, the researchers found that a unique protocol of treatments with high-pressure oxygen in a pressure chamber can reverse two major processes associated with aging and its illnesses: the TL (protective regions located at both ends of every chromosome) and the accumulation of old and malfunctioning cells in the body (aka “zombie” cells). In case you are not sure what these mean please refer to the previous blog).

The word ‘hyperbaric’ literally means ‘high pressure’. The use of high pressure (i.e. pressures higher than normal atmospheric pressure)and its use in medicine is often viewed today as being somewhat new and controversial. However, the concept of Hyperbaric Medicine has been in existence since as early as 1662.

The industrial revolution, when bridge and tunnel builders were working in compressed air, saw further great development in hyperbaric chambers. It was at this time when Paul Bert reported that nitrogen bubbles were forming in tissue during rapid decompression – these also sometimes referred to as “bends”

Since the latter part of the twentieth century, hyperbaric medicine has gained most of its recognition for the treatment of certain mainstream medical conditions specifically related to the diving industry, including decompression sickness and air embolism.

Hyperbaric oxygen therapy (HBOT) utilizes 100% oxygen at an environmental pressure higher than one absolute atmosphere (ATA) to enhance the amount of oxygen dissolved in the body’s tissues. Repeated intermittent hyperoxic exposures, using certain HBOT protocols, can induce physiological effects that normally occur during hypoxia in a hyperoxic environment, the so-called hyperoxic-hypoxic paradox. If you are interested to read more about this, please refer to the Hadanny and Efrati. 2020, study.

It was recently demonstrated that HBOT can induce cognitive enhancements in healthy aging adults via mechanisms involving regional changes in cerebral blood flow. On the cellular level, it was demonstrated that HBOT can induce the expression of hypoxia-induced factor (HIF), vascular endothelial growth factor (VEGF) and sirtuin (SIRT), stem cell proliferation, mitochondrial biogenesis, angiogenesis, and neurogenesis.

Coming back to the study that looked at HBOT and telomere length by Hachmo et al. 2020. The findings indicated that the treatments actually reversed the aging process in two of its major aspects: The telomeres at the ends of the chromosomes grew longer instead of shorter, at a rate of 20%-38% for the different cell types; and the percentage of senescent cells in the overall cell population was reduced significantly — by 11%-37% depending on cell type.

Limitations of the study consist of a small sample size (30 people). Also, there was no control group.

Third, the duration of the effect has yet to be determined in long-term follow-ups.

Fourth, telomerase (protein that restores telomere length) activity was not evaluated due to the method chosen for blood preservation and evaluation

Fifth, the study looked at immune cells such as natural killer cells, B-cells, T helper, and T cytotoxic cells. It would be interesting to see the change in TL in somatic cells.

Lastly, the protocol consisted of 60 daily treatments. Locally it costs £100 for one treatment of HBOT. It means the total to replicate this protocol would be 6000 pounds!!! However, a significant improvement was shown after 30 sessions. Perhaps that could be more realistic treatment option.

To sum up, this is just a pioneer study and more research is needed to prove this method as an effective way to improve health and subsequently increase longevity. 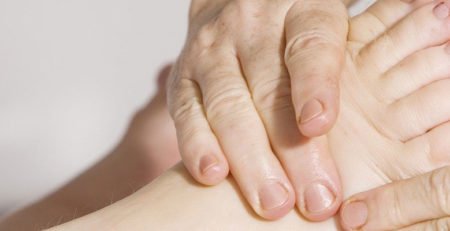 Aging - introduction Is the process of becoming older. That’s the simplest explanation found on Wikipedia. We all start to... read more